Helping those in need to overcome the barriers to success

The Vistex Foundation first partnered with the Wellbody Alliance in January 2014, funding a women’s health clinic and prenatal services training program in Kono District, Sierra Leone. The Ebola outbreak last summer forced the health center to make significant adjustments to their initial project plans in order to address the pressing and critical health challenge. They ultimately were successful. The outbreak has since been stabilized and reported cases in the region reduced dramatically, allowing Wellbody to open the delivery center and obstetrics clinical training site in April 2015. Wellbody has also placed an Ebola testing lab adjacent to their maternal health care clinic, providing thousands of women with safe deliveries in the years to come. 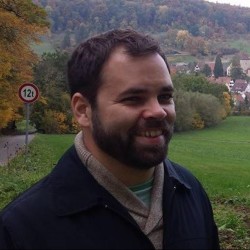 Mason Payne has been the Director of the Vistex Foundation since 2013 working closely with founder to develop its mission and to establish global partnerships to further the goal of removing barriers to success for those in need. Specializing in...Read More